In what would soon become one of the most influential pieces of thought leadership published in the digital era, The Economist opined that data had surpassed oil as the world’s most valuable commodity in May 2017.1 The editorial in question referenced five of the world’s largest companies. Four of these – Amazon, Apple, Facebook and Microsoft – were household names. The fifth, Alphabet Inc., was not. One of its subsidiaries, though, could reasonably be described as both more recognisable and in possession of a greater volume of data than any other company on earth. The subsidiary in question? Google.

To claim that parent companies are consistently more recognisable than the smaller brands that comprise their macro structures would be reductive. Nevertheless, most are surprised to discover that Google has a parent company. More surprising is the discovery that Alphabet Inc. was formed after Google. How would a brand so recognisable that its name is regularly used as a verb benefit from assimilation? Because, rather than rest on their laurels and allow the company to stagnate, decision makers wanted to ensure that they capitalised on the wealth of resources in their possession. They restructured in order to facilitate data-driven innovation. Alphabet’s subsidiaries operate in several diverse fields including: healthcare, artificial intelligence, international digital infrastructure, venture capital, autonomous vehicles, and tech-centric urban innovation.

The formation of Alphabet Inc. serves as a poignant reminder of why all organisations must continuously look at what is available to them and how this can aid their progress. The large volumes of search data accessible to Alphabet Inc. can now, via Google Trends, be employed by organisations of all sizes in order to identify trends, develop understandings and, ultimately, propel internal innovation. Here, we will exemplify how by discussing search trends that have emerged throughout the COVID-19 pandemic and the conclusions we can draw from them. First, though, we’ll discuss Google Trends and how to interpret the data it provides:

What is Google Trends?

Google Trends is a website that allows users to determine the popularity of search queries and various ‘topics’ via a visual interface that represents search volumes within a particular location over a specified period of time.

In order to effectively interpret the data that can be accessed through this tool, it’s important to remain mindful of how ‘search queries’ differ from ‘search topics’. The former are exact terms and do not include mis-spellings, synonyms, etc. Essentially, if you were to use Trends to determine how volumes for the search query ‘malware’ changed throughout 2018 in comparison to 2015, you would be comparing searches where only this term was entered. Alternatively, if you selected the ‘topic’ malware, you would also be comparing other searches that Google believes to be relevant.

Search volumes are represented by a number between zero and 100, with 100 representing peak volume. If, for example, the popularity of a topic was attributed a value of 36, then it achieved 36% of peak volume over the specified dates within the country, city, etc. being considered. Google determine this value by firstly establishing the total number of searches that were made within the relevant location over the specified period as well as the number of times the relevant term or terms (if a ‘topic’ is being analysed) were searched before calculating what proportion of all searches they represented.

Finally, I should note that a category can be added to searches in order to ensure that the correct context is determined. If, for example, you wanted to research search trends related to the ‘topic’ of ‘productivity’ you could find more business-centric trends by selecting the ‘business & industrial’ category. Below are two graphs generated through Google Trends. Both represent the search frequency concerning the topic of ‘productivity’ over the same 12-month timeframe, but the first has no category selected whilst the second makes use of categories, displaying results relating to the ‘business & industrial’ segment:

As confirmed cases of COVID-19 increased, officials and the general public became increasingly concerned. In response, unprecedented and previously unthinkable restrictions were placed on peoples’ movement. All but essential travel was outlawed and people were confined to their homes. Physical retailers selling anything other than goods deemed to be indispensable were instructed to close. Online retailers were permitted to continue trading provided their couriers observed social distancing. It would be logical to assume that such circumstances would lead to a substantial increase in online sales and therefore demand for courier and delivery services.

The creation of an environment wherein demand for a service should increase, however, is no guarantee that it will. In this case, for example, fear could have led consumers to reign in their spending. Likewise, demand for non-essential items could have plummeted during this period. Google Trends provides clear proof that, in this case, online orders and demand for delivery services grew substantially.

Looking at search trends over the past five years, searches for organisations providing delivery and courier services consistently peak in December and have increased year on year. In 2020, though, searches for the topics ‘United Parcel Service’, ‘Royal Mail’ and ‘Hermes’ all began to grow in April, shortly after lockdown came into effect. To place this in context, Hermes average ‘search score’ for December 2019 was 63.6. From the 5th April to 11th July, this rose to 83.1:

Not only does it appear that demand for delivery and courier services increased throughout lockdown, but that this demand exceeded Christmas-level requirements for more than a fiscal quarter.

Searches for the topic ‘video conference’ began to rise substantially in mid-March 2020. Throughout 2019, the highest search scores ascribed to this topic stood at 43 between the 28th April and 4th May and 49 from the 20th to 26th October. In 2020, this score hit 40 between the 8th and 14th March before hitting 100 the following week. Searches for this topic did not return to pre-pandemic levels until 26th April:

Taking a more granular approach – and segregating results by selecting the ‘enterprise technology’ context category – we can see that searches for ‘Zoom Video Communications’ and associated terms dwarfed those of comparable topics ‘Skype Communications’ and ‘Microsoft Teams’. Searches for Zoom peaked between 22nd and 28th March when they achieved a search score of 100 and, from 1st March to 31st August 2020, recorded a higher score that Skype and MS Teams 77.8% of the time. In comparison, ‘Microsoft Teams’ recorded the highest score 22.2% of the time, whilst ‘Skype’ did not outperform the competition on a single occasion:

Reviewing search data relating to the topic ‘chargeback’ (refined via the selection of the ‘business and industrial’ context category) from the 1st January 2019 to the 30th August 2020 reveals that, in 2019, the topic achieved an average search score of 19.2. From the beginning of March to the 30th August, this figure grew to 52.3:

Chargebacks are issued when a purchase has been made online and a product is not received or does not meet the purchaser’s expectations. The increase in searches related to this topic could potentially be ascribed to the fact that courier and delivery services struggled to meet increased demand. Alternatively, with social distancing having prevented couriers from collecting recipient’s signatures when handing them items, the rise could be attributed to the fact that organisations have found it harder to counter claims that goods have not been received.

We all became more self-sufficient

In 2019, searches related to ‘how-to’ and ‘do it yourself’ were both relatively popular. The former achieved an average search score of 50.8 and the latter 45.3. Volumes for both were also relatively stable with both having limited score ranges of 48-62 and 39-54 respectively. Searches with a ‘do it yourself’ theme over the same periods were attributed scores of 64.5 from March onwards and 87 between the 2nd March and 20th June: 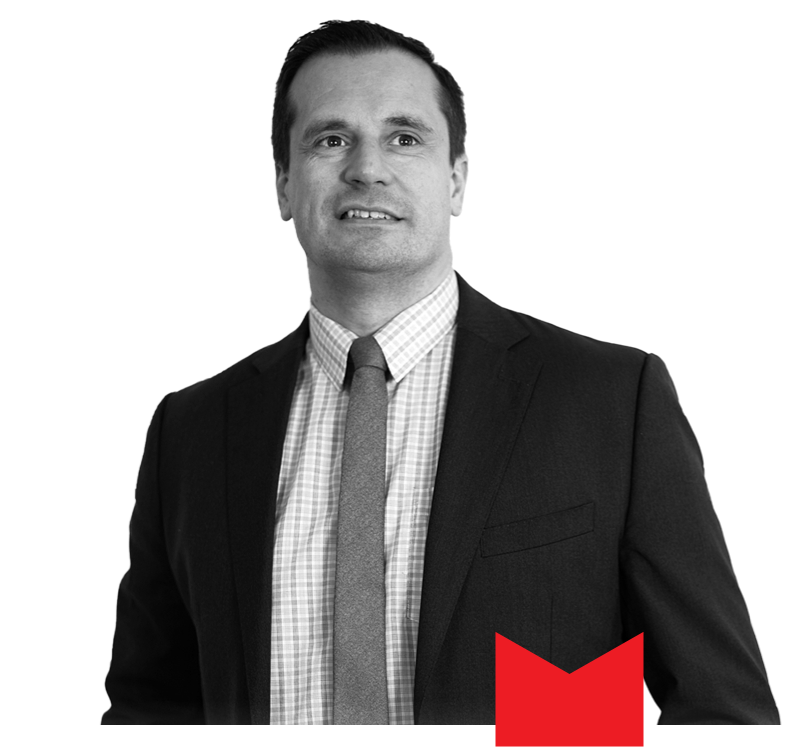 As of mid-April, searches for the term ‘fundamentals of digital marketing’, contextualised through the ‘business and industrial’ category have not only grown but, perhaps more importantly, have been searched for far more consistently. Throughout the entirety of 2019, this term’s search score stood at just 11.7. A score of zero was recorded in 33 of all 52 weeks, also. As of the 22nd March, the score has increased to 36.3, with a score of zero recorded six times over the 24-week period: Whilst I believe that this increase is most likely attributable to organisations trying to develop their workforces’ skillsets and leverage new marketing tools to improve performance and reach the increasing number of people purchasing goods and services online, it could be interpreted in a variety of different ways. It is not unreasonable to assume that people are looking to learn new skills whilst on furlough, for example.

Teamed with patience and persistence, Google Trends can help you to understand a world that is in a constant state of flux. Whilst it is entirely reasonable to draw conclusions from the data it provides, however, it is advisable that an open mind be retained and that all hypotheses are subjected to rigorous testing and analysis.

Nevertheless, in a world where knowledge is power and data is now the primary driver of this, search trends will play an important role in decision-making processes – both now and in the foreseeable future.

Hotels of the future: how IoT can transform the hospitality industry

How we built the best place to work in IT

Why data set amalgamation is key to superior decision making

IT onboarding at ROCK